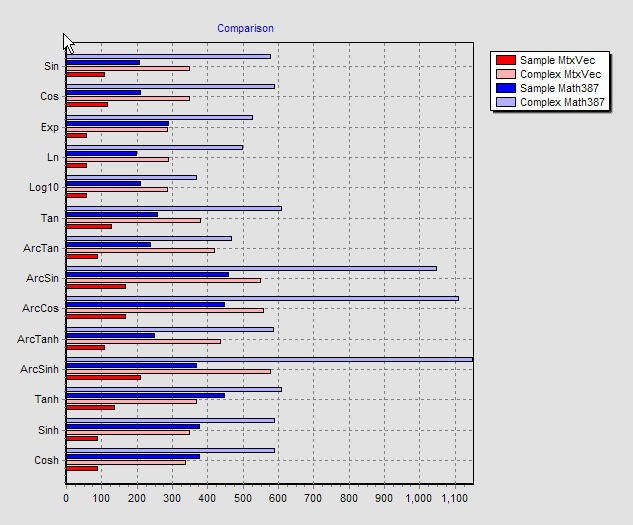 The timing on the bottom Axis is in miliseconds. The length of the vectors tested is 1000 elements and number of iterations is 3000. Below is the timing of the same functions, but this time the complex vectorized math functions are from Intel MKL v9.1. In the chart legend they are still labeled as "Complex MtxVec". 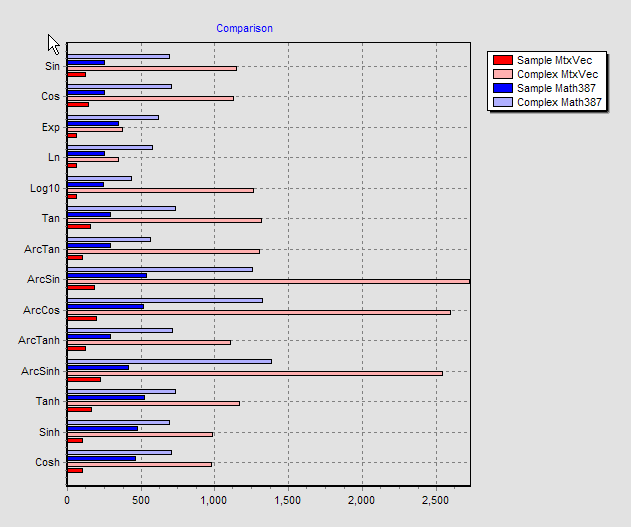 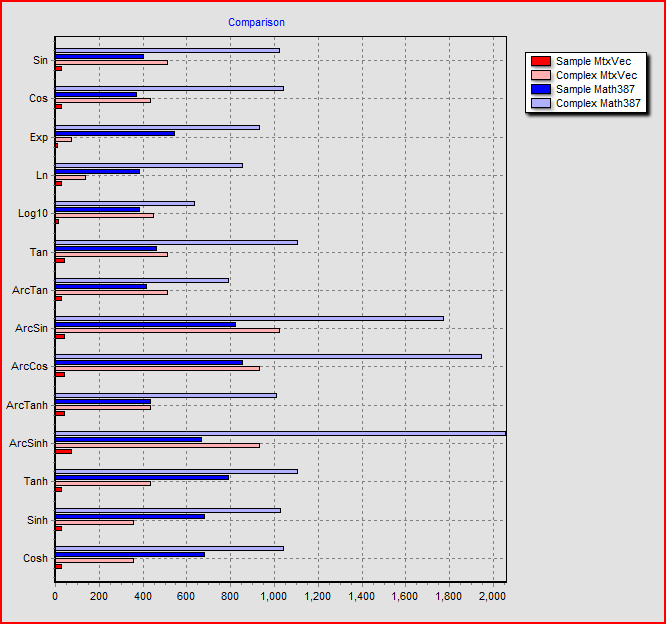 MtxVec runs substantially faster in all cases except in case of Exp and Ln functions which profit greatly from four cores in this case. In a two core case MtxVec is still faster. 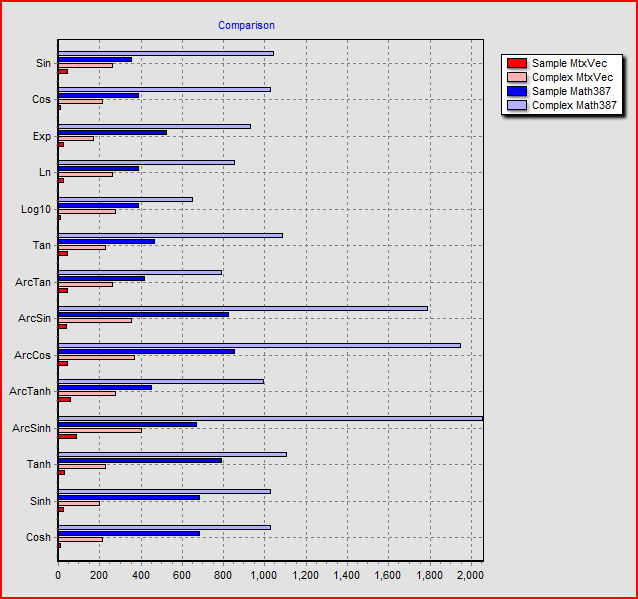 The Benchmark code is public and is included in MtxVec demo app, which can be downloaded here. The trial version is found on the same page.